The Winnipeg Jets look for a win after splitting their last eight games. The Winnipeg Jets are averaging 3.5 goals per game and are scoring on 22.7 percent of their power play opportunities. Nikolaj Ehlers leads Winnipeg with nine goals, Mark Scheifele has 12 assists and Andrew Copp has 36 shots on goal. Defensively, the Winnipeg Jets are allowing 2.7 goals per game and are killing 80.6 percent of their opponents power plays. Connor Hellebuyck has given up 24 goals on 300 shots faced and Laurent Brossoit has given up nine goals on 110 shots.

The Ottawa Senators are getting harder and harder to back, as the offense doesn't produce at a decent level and they're arguably the worst defensive team in the league. The Winnipeg Jets have been hit or miss up to this point, but they've won six straight against the Senators and have outscored them 19-8 in the four meetings this season. There's not much left to say here. Give me the Jets at home, and I'll take the PL to shave down an expensive ML price. 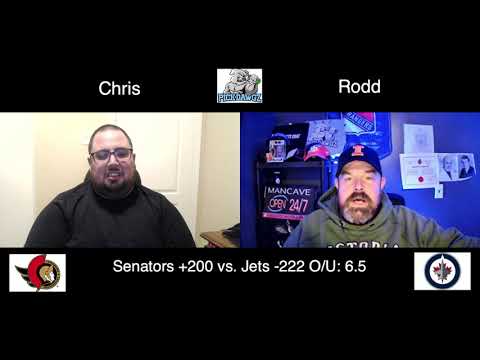