The Montreal Canadiens and Toronto Maple Leafs meet Saturday in NHL action at the Scotiabank Arena.

The Montreal Canadiens have had a rough week and this isn't the matchup you want after running into a couple bumps in the road. The Toronto Maple Leafs remain one of the hotter teams in the league with an offense as explosive as ever and a defense that's much improved. The Maple Leafs have also beaten the Habs twice this season. I'll keep backing the Maple Leafs as long as the tickets keep cashing. 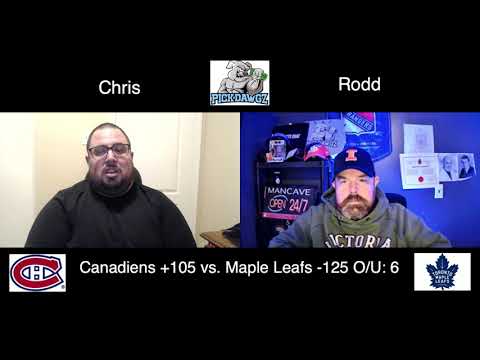