Where to Watch: CBC Stream live sports and exclusive originals on ESPN+. Sign up now!

The Calgary Flames and Vancouver Canucks meet Saturday in NHL action at the Rogers Arena.

The Calgary Flames look for a win after winning five of their last seven games. The Calgary Flames are averaging 2.9 goals per game and are scoring on 23.1 percent of their power play opportunities. Johnny Gaudreau leads Calgary with eight goals, Elias Lindholm has 10 assists and Matthew Tkachuk has 42 shots on goal. Defensively, the Calgary Flames are allowing 2.6 goals per game and are killing 80.4 percent of their opponents power plays. Jacob Markstrom has allowed 26 goals on 330 shots faced and David Rittich has allowed seven goals on 49 shots.

The Calgary Flames have already beaten the Canucks three times this season and have outscored them 11-3 during that span. The Vancouver Canucks can't get out of their own way and their defensive effort hasn't improved much. It's hard to make a case for the Canucks in their current form and the recent history between these clubs doesn't help. I have no choice but to back the Flames and the cheap price. 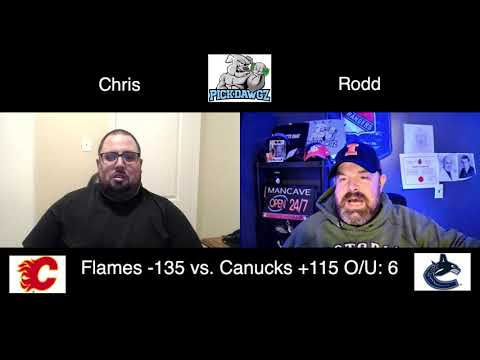