The Pittsburgh Penguins and New York Islanders meet Thursday in NHL action at the Nassau Coliseum.

The Pittsburgh Penguins are one of the more banged up teams in the league right now and we're starting to see the bad results pile up. It doesn't help the Penguins haven't been good defensively and heir goalies have been getting peppered. The New York Islanders have put together back to back wins and are showing signs of getting it together. The Islanders also beat the Penguins a couple days ago. Give me the home team and the cheap price. 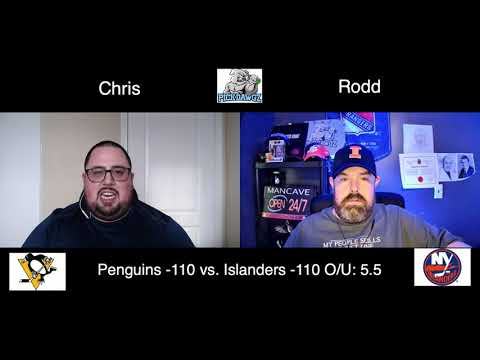