Where to Watch: FSSD, ATRM Stream live sports and exclusive originals on ESPN+. Sign up now!

The Anaheim Ducks and Vegas Golden Knights meet Tuesday in NHL action at the T-Mobile Arena.

The Anaheim Ducks look for a win after splitting their last eight games. The Anaheim Ducks are averaging 1.8 goals per game and are scoring on 6.7 percent of their power play opportunities. Max Comtois leads Anaheim with five goals, Carter Rowney has six assists and Rickard Rakell has 43 shots on goal. Defensively, the Anaheim Ducks are allowing 2.5 goals per game and are killing 86.1 percent of their opponents power plays. John Gibson has given up 25 goals on 305 shots faced and Ryan Miller has given up seven goals on 83 shots.

The Anaheim Ducks have been able to find a win here and there this season, but they're not a club that strings wins together, something that has carried over from last season. The Vegas Golden Knights are one of the hottest teams in the league through nine games, are firing on all cylinders and they have done nothing but treat the Ducks like a punching bag since entering the league. There's nowhere for me to go here but to lay the PL with the Golden Knights. 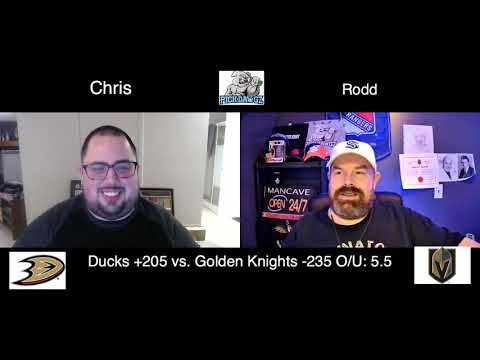