Where to Watch: RSNW, TSN5 Stream live sports and exclusive originals on ESPN+. Sign up now!

The Edmonton Oilers and Ottawa Senators meet Monday in NHL action at the Canadian Tire Centre.

The Edmonton Oilers look for a win after splitting their last 12 games. The Edmonton Oilers are averaging 3.5 goals per game and are scoring on 27.3 percent of their power play opportunities. Connor McDavid leads Edmonton with nine goals, Leon Draisaitl has 16 assists and Ryan Nugent-Hopkins has 44 shots on goal. Defensively, the Edmonton Oilers are allowing 3.6 goals per game and are killing 73.2 percent of their opponents power plays. Mikko Koskinen has allowed 42 goals on 378 shots faced and Stuart Skinner has allowed five goals on 38 shots.

The Ottawa Senators provide zero betting value these days and it's to the point you just bet against them until they can show signs of promise. The Edmonton Oilers certainly have issues of their own, but they also have the offense to bury the Senators and have already beaten them twice in the last two weeks by a combined score of 12-7. I want nothing to do with the Senators right now. Give me the Oilers and the PL to shave down the expensive ML price. 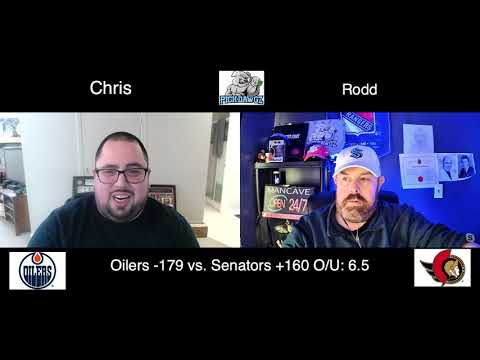