The Arizona Coyotes and St. Louis Blues meet Monday in NHL action at the Enterprise Center.

The Arizona Coyotes look for a win after splitting their last 10 games. The Arizona Coyotes are averaging 2.7 goals per game and are scoring on 20.9 percent of their power play opportunities. Christian Dvorak leads Arizona with six goals, Conor Garland has eight assists and Jakob Chychrun has 30 shots on goal. Defensively, the Arizona Coyotes are allowing 2.6 goals per game and are killing 85.7 percent of their opponents power plays. Darcy Kuemper has given up 22 goals on 243 shots faced and Antti Raanta has given up six goals on 77 shots.

The St. Louis Blues are the better team here, playing the better hockey, but they have yet to figure out their struggles at home. The Arizona Coyotes have also shown flashes of potential during this inconsistent season, and they've already beaten the Blues twice this month. In fact, the Coyotes just beat the Blues 3-1 on Saturday, holding St. Louis scoreless in the final two periods. The St. Louis Blues should be favored here, but there's value with the Coyotes and the plus money. 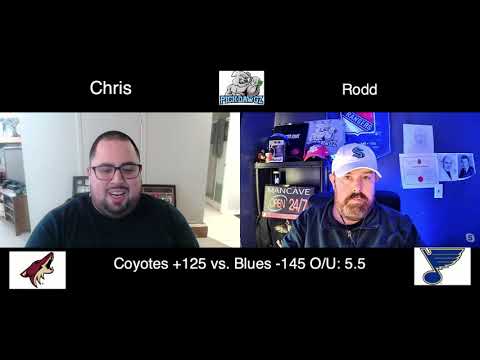