Where to Watch: MSG, NSWA Stream live sports and exclusive originals on ESPN+. Sign up now!

The Washington Capitals are obviously dealing with injuries and oddsmakers are expecting a downfall at some point, but we're still getting a talented team that knows how to win at favorable prices. We've hit a few times this season with the Caps in the underdog role and you have to like them in even money spots as well. The New York Rangers aren't lighting the world on fire and they've been on the losing side in seven of the last nine meetings against the Caps. Give me the even money. 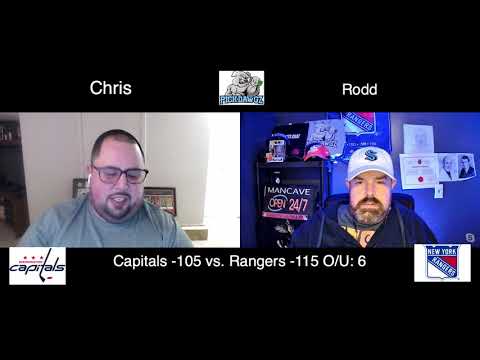