Where to Watch: TSN4, RSNP Stream live sports and exclusive originals on ESPN+. Sign up now!

The Vancouver Canucks and Toronto Maple Leafs meet Thursday in NHL action at the Scotiabank Arena.

The Vancouver Canucks have lost seven straight meetings in Toronto and their defensive effort up to this point doesn't give me confidence they're going to snap that streak. The Toronto Maple Leafs are playing their best and most consistent hockey in quite some time and the offensive firepower is still there. As long as the goalies don't fall apart, the Maple Leafs are capable of winning the cup this season. Still a ways away from that conversation, I'll take the Toronto Maple Leafs and the PL for added betting value. 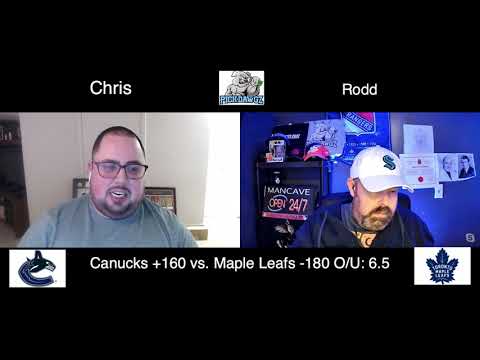