Where to Watch: FSTN, SunS Stream live sports and exclusive originals on ESPN+. Sign up now!

The Nashville Predators and Tampa Bay Lightning meet Monday in NHL action at the Amalie Arena.

The Tampa Bay Lightning are going to be favored almost every time they take the ice, especially at home. However, the Nashville Predators have been decent this season and have had success against the Lightning, which includes forcing overtime in two of the last three meetings. The Preds also made a game of things late a couple of days ago, scoring twice in the third period. There's some value to the plus money with the Nashville Predators. I'll take it. 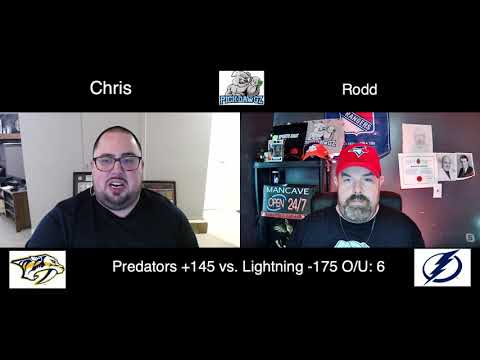