The Boston Bruins and Washington Capitals meet Monday in NHL action at the Capital One Arena.

The Boston Bruins look for a win after winning four of their last five games. The Boston Bruins are averaging 2.9 goals per game and are scoring on 36.4 percent of their power play opportunities. Patrice Bergeron leads Boston with five goals, Brad Marchand has six assists and Craig Smith has 23 shots on goal. Defensively, the Boston Bruins are allowing 1.9 goals per game and are killing 93.1 percent of their opponents power plays. Tuukka Rask has given up 13 goals on 118 shots faced and Jaroslav Halak has allowed four goals on 65 shots.

We are once again getting the Washington Capitals and plus money, something we've taken full advantage of multiple times this season. Sure, the Bruins are a really solid team and have a clear edge on the defensive side, but I'm not turning down plus money with the Capitals. It should also be mentioned that the Caps have won eight of the last 10 meetings against the Bruins, which includes an overtime win a couple days ago. Give me the underdog Capitals for the third straight game. 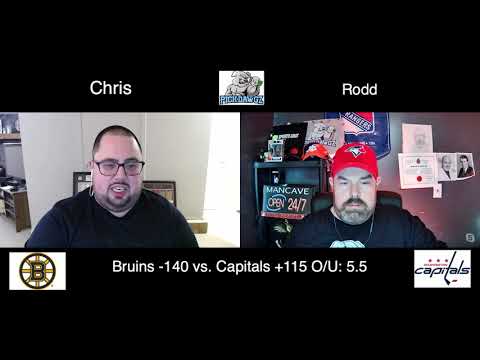