Where to Watch: FSDT, FSFL Stream live sports and exclusive originals on ESPN+. Sign up now!

The Florida Panthers look for another win to build on their 4-0-1 record. The Florida Panthers are averaging 3.8 goals per game and are scoring on 25 percent of their power play opportunities. Patric Hornqvist leads Florida with four goals, Anthony Duclair has five assists and Aleksander Barkov has 19 shots on goal. Defensively, the Florida Panthers are allowing 2.8 goals per game and are killing 71.4 percent of their opponents power plays. Chris Driedger has given up four goals on 61 shots faced and Sergei Bobrovsky has given up seven goals on 58 shots.

The Florida Panthers continue to impress, as they're aggressive offensively and the defense appears to be better from a season ago. The Detroit Red Wings compete and have forced overtime in three of their last six games, but they continue to be on the short end of the stick and they were never able to sink their teeth into last nights match. The prices are getting a little steep with the Panthers here, but I'll lay the price anyway. 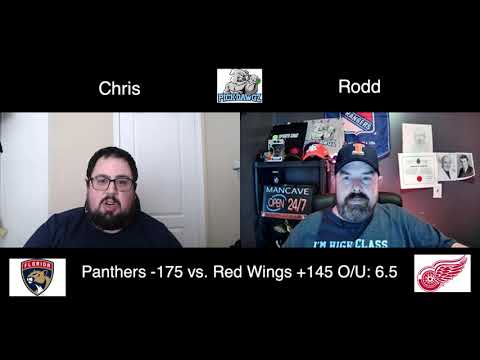