Where to Watch: Alti, FSN Stream live sports and exclusive originals on ESPN+. Sign up now!

The Colorado Avalanche and Minnesota Wild meet Sunday in NHL action at the Xcel Energy Center.

The Minnesota Wild look for a win after splitting their last eight games. The Minnesota Wild are averaging three goals per game and are scoring on 6.7 percent of their power play opportunities. Joel Eriksson Ek leads Minnesota with five goals, Jordan Greenway has six assists and Kevin Fiala has 30 shots on goal. Defensively, the Minnesota Wild are allowing 2.5 goals per game and are killing 82.6 percent of their opponents power plays. Cam Talbot has allowed eight goals on 106 shots faced and Kaapo Kahkonen has allowed 11 goals on 132 shots.

The Colorado Avalanche are on a tear right now, which includes outscoring opponents 15-4 during their three-game winning streak. The Minnesota Wild have been held to one or less goals in three of their last seven games and haven't had much success dating back to last year on the end of back to backs. The Avalanche and this high powered offense is tough to step in front of right now. I'll lay the more than reasonable price with the road team. 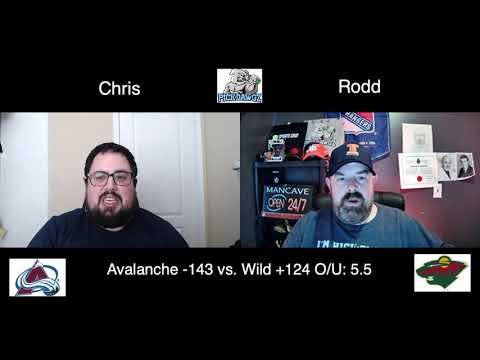