The Calgary Flames and Montreal Canadiens meet Saturday in NHL action at the Bell Centre.

The Calgary Flames look to snap a three-game losing streak. The Calgary Flames are averaging three goals per game and are scoring on 32.1 percent of their power play opportunities. Johnny Gaudreau leads Calgary with four goals, Sean Monahan has five assists and Matthew Tkachuk has 27 shots on goal. Defensively, the Calgary Flames are allowing 2.8 goals per game and are killing 76.2 percent of their opponents power plays. Jacob Markstrom has allowed 13 goals on 146 shots faced and David Rittich has allowed four goals on 21 shots.

The season is still young, but this feels like two teams heading in different directions and the Canadiens have looked sharper at both ends of the ice. It also doesn't hurt that the Canadiens have won each of the last six meetings against the Flames, which includes a 4-2 win on Thursday. The Habs have scored no less than four goals in each of their last four games. With the cheap price, this feels almost a little too easy. Give me the Montreal Canadiens for a fourth straight victory. 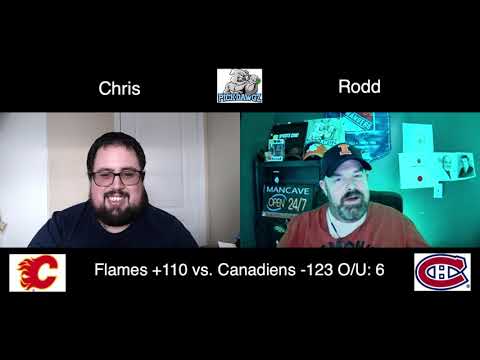