The Boston Bruins and Washington Capitals meet Saturday in NHL action at the Capital One Arena.

The Boston Bruins look to build on their four-game winning streak. The Boston Bruins are averaging 2.7 goals per game and are scoring on 35 percent of their power play opportunities. Patrice Bergeron leads Boston with five goals, Brad Marchand has six assists and Craig Smith has 20 shots on goal. Defensively, the Boston Bruins are allowing two goals per game and are killing 92.3 percent of their opponents power plays. Tuukka Rask has given up nine goals on 95 shots faced and Jaroslav Halak has allowed four goals on 65 shots.

The Boston Bruins are on a roll right now and their defensive effort is strong out of the gate. However, the Washington Capitals continue to get disrespected by oddsmakers with these lines and it's very tough to turn them down at plus money prices. We hit twice on the Caps in the underdog role with wins over the Islanders. The Capitals have also had the upper hand over the years against the Bruins. I'm going to keep taking these plus money prices with the Capitals. 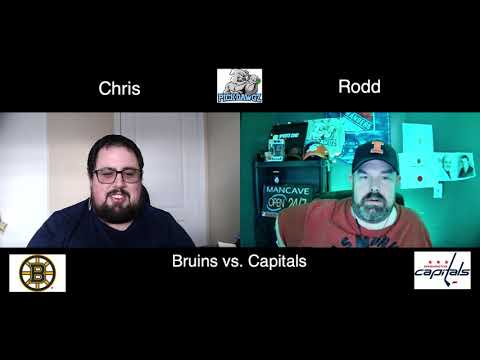