Where to Watch: NESN, ATTP Stream live sports and exclusive originals on ESPN+. Sign up now!

The Pittsburgh Penguins and Boston Bruins meet Thursday in NHL action at the TD Garden.

The Boston Bruins look to build on their three-game winning streak. The Boston Bruins are averaging 2.6 goals per game and are scoring on 35.3 percent of their power play opportunities. Brad Marchand leads Boston with four goals, David Krejci has five assists and Patrice Bergeron has 29 shots on goal. Defensively, the Boston Bruins are allowing two goals per game and are killing 90 percent of their opponents power plays. Tuukka Rask has given up nine goals on 95 shots faced and Jaroslav Halak has allowed three goals on 48 shots.

The Pittsburgh Penguins and plus money is always intriguing, but it's tough to turn down the Bruins in this spot knowing the trends when these teams meet. Not only have the Bruins had the upper hand over the Penguins, but the home team simply doesn't lose when these teams meet. You have to go back to December of 2015 the last time a road team has won between the Penguins and Bruins. Knowing that, give me the Bruins at home and the cheap price. 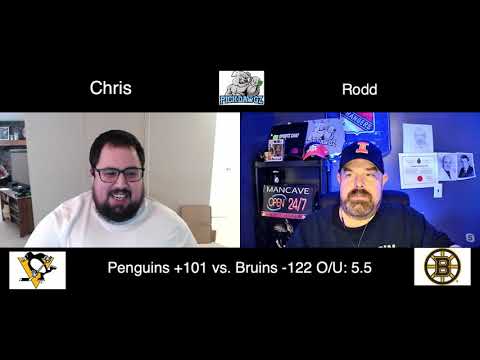