The Ottawa Senators and the Vancouver Canucks meet in NHL action from Rogers Arena on Thursday night.

The Ottawa Senators need a win after six straight losses following a 5-1 loss to Vancouver last time out. Nikita Zaitsev, Brady Tkachuk and Josh Norris each have 5 points on the year with Zaitsev logging 5 assists while Tkachuk and Norris each have 2 goals with 3 helpers. Nic Paul and Drake Batherson each have 4 points, with Paul logging 2 goals and 2 assists and Batherson putting up 4 assists. Matt Murray’s made 5 starts for Ottawa, going 1-4 with a 4.47 GAA while Marcus Hogberg has an 0-2 record with a 4.33 GAA this season.

The Vancouver Canucks will look to build off of their back-to-back wins over the Senators with a 3rd straight win to close out the set. Bo Horvat leads the Canucks in scoring with 10 points including 5 goals and 5 assists while Quinn Hughes has 9 points with a team-high 8 assists and J.T. Miller has 8 points with 2 goals and 6 helpers. Brock Boeser has 6 points with 4 goals and a pair of assists while Tyler Motte and Tyler Myers each have 5 points with Motte scoring 5 goals and Myers logging 4 assists. Thatcher Demko has a 2-3 record in goal for Vancouver with a 3.65 GAA while Braden Holtby’s gone 2-2 with a 3.70 GAA this season.

We just missed out on the over for a second straight game on Wednesday, but I think it comes through for us on Thursday. I’m sorry, but when both teams combined have four goalies with at least a 3.60 GAA, there’s going to be scoring, it’s just a matter of who brings the goals to the party. I wouldn’t be surprised if we saw another 8 goals in this one, so give me the over here. 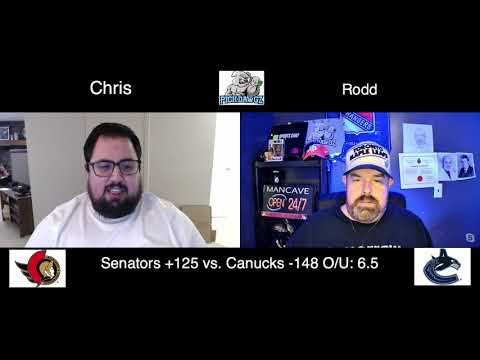