Where to Watch: MSGB, MSG Stream live sports and exclusive originals on ESPN+. Sign up now!

The New York Rangers and Buffalo Sabres meet Thursday in NHL action at the KeyBank Center.

The Buffalo Sabres look for a win after splitting their last six games. The Buffalo Sabres are averaging 2.8 goals per game and are scoring on 27.3 percent of their power play opportunities. Victor Olofsson leads Buffalo with three goals, Jack Eichel has seven assists and Rasmus Dahlin has 23 shots on goal. Defensively, the Buffalo Sabres are allowing three goals per game and are killing 66.7 percent of their opponents power plays. Carter Hutton has given up seven goals on 69 shots faced and Linus Ullmark has given up 10 goals on 114 shots.

The New York Rangers have simply owned the Sabres over the years, but this current squad is not playing well to say the least and isn't a team I'm looking to get behind. The Buffalo Sabres are aggressive offensively and are starting to find their footing as a team, and the way they finished the first game against the Rangers is encouraging moving forward. The Buffalo Sabres and the cheap price here has to be the pick. 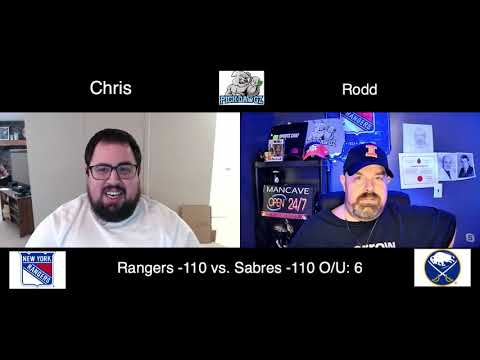