The Florida Panthers and Columbus Blue Jackets meet Thursday in NHL action at the Nationwide Arena.

The Florida Panthers look for another win to build on their 3-0 record. The Florida Panthers are averaging five goals per game and are scoring on 37.5 percent of their power play opportunities. Patric Hornqvist leads Florida with four goals, Anthony Duclair has four assists and Aleksander Barkov has 16 shots on goal. Defensively, the Florida Panthers are allowing three goals per game and are killing 40 percent of their opponents power plays. Chris Driedger has given up two goals on 30 shots faced and Sergei Bobrovsky has given up seven goals on 58 shots.

The Florida Panthers are riding high through their first three games, as the offense remains elite and the defensive effort has been better than it was a season ago. The Columbus Blue Jackets have hit a cold patch these last few games and they can't be thrilled with how Tuesday's game ended, allowing a goal in the final second. I said from the beginning of the season that the Panthers would be a dangerous team if they could figure out the goaltending issues. So far so good. Give me the Panthers and the plus money. 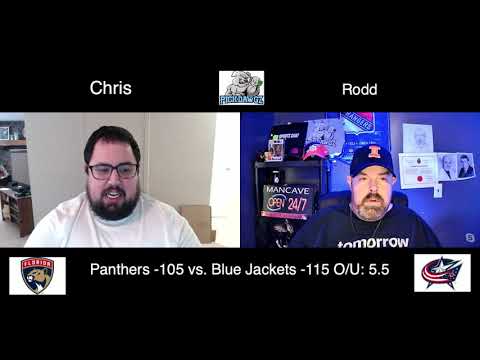