Where to Watch: FSSW, FSDT Stream live sports and exclusive originals on ESPN+. Sign up now!

The Dallas Stars look for another win to build on their 2-0 record. The Dallas Stars are averaging five goals per game and are scoring on 62.5 percent of their power play opportunities. Joe Pavelski leads Dallas with three goals, John Klingberg has four assists and Denis Gurianov has 10 shots on goal. Defensively, the Dallas Stars are allowing one goal per game and are killing 100 percent of their opponents power plays. Anton Khudobin has allowed two goals on 51 shots faced.

This type of plus money is always intriguing and I try to make a case for the big underdog, but the Red Wings provide very little positives, and they look a lot like the team from a year ago. The Dallas Stars have only played two games, but they've looked great in both and should mop the floor with the Red Wings if that sort of effort continues. I want nothing to do with the Red Wings right now. Give me the Stars and the PL for max betting value. 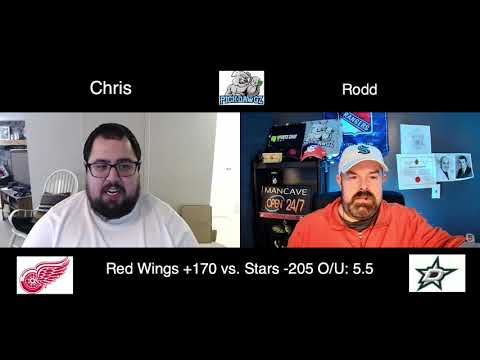