The Ottawa Senators and the Vancouver Canucks meet in NHL action from Rogers Arena on Monday night.

The Ottawa Senators will look to snap a four-game losing streak after a 6-3 loss to Winnipeg last time out. Nikita Zaitsev leads the Senators with 5 points this season all coming on assists while Nic Paul, Brady Tkachuk and Josh Norris each have 4 points with Paul and Tkachuk logging 2 goals and 2 assists each while Norris has a goal and 3 assists. Connor Brown, Chris Tierney and Drake Batherson each have 3 points as well with Tierney logging 3 goals and Batherson and Brown each posting 3 assists. Matt Murray’s seen the bulk of the work in goal for Ottawa, going 1-3 with a 3.79 GAA, allowing 14 goals on 117 shots against this season.

The Vancouver Canucks will also be searching for a win after losing five of their last 6 games with a 5-2 loss to Montreal last time out. Bo Horvat leads Vancouver with 9 points coming on a team-high 5 goals with 3 assists while Brock Boeser and Quinn Hughes each have 6 points with Boeser logging 4 goals with a pair of assists while Hughes has a team-high 6 assists. J.T. Miller has 5 assists and Tyler Myers has a goal and 3 helpers for his 4 poitns this season. Braden Holtby has gone 2-2 with a 3.70 GAA in four appearances for Vancouver while Thatcher Demko has gone 0-3 with a 5.47 GAA in three appearances for the Canucks this year.

It’s really hard to make a case for either side given the struggles on both sides right now, but Ottawa’s been hot garbage on the road for some time now and you have to think it’s only a matter of time before Vancouver turns things around with all of the young talent on that roster. I lean to Vancouver being at home, but my stronger play is on the total and I have that available as a premium pick that you can find here. 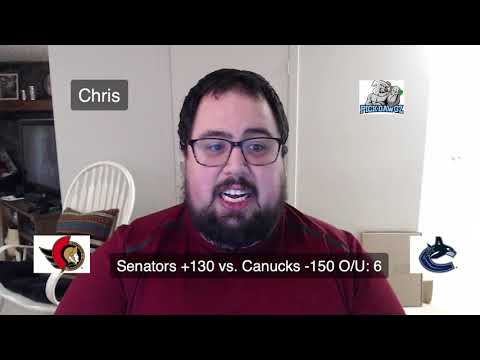