Where to Watch: MSG2, ATTP Stream live sports and exclusive originals on ESPN+. Sign up now!

The New York Rangers need a win to rebound from a 1-2-1 record. The New York Rangers are averaging 2.8 goals per game and are scoring on 19 percent of their power play opportunities. Pavel Buchnevich leads New York with two goals, Phillip Di Giuseppe has four assists and Mika Zibanejad has 14 shots on goal. Defensively, the New York Rangers are allowing 2.8 goals per game and are killing 75 percent of their opponents power plays. Igor Shesterkin has given up seven goals on 69 shots faced and Alexandar Georgiev has given up four goals on 43 shots.

The New York Rangers are having issues finishing games and losing to the Penguins in a shootout doesn't help the confidence. The Pittsburgh Penguins are finding their groove after early struggles and they've been one of the best home teams in the league the last few years. The Rangers are capable of putting together an honest effort here, but I can't bet against the Penguins and the reasonable price in this spot. 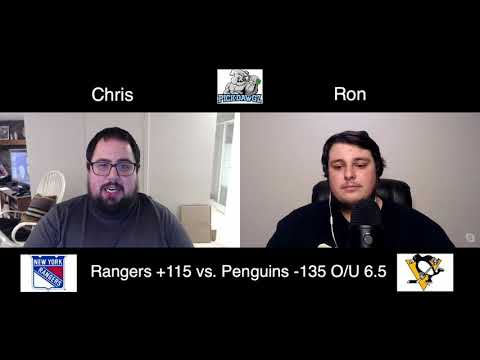