The Edmonton Oilers and Winnipeg Jets meet Sunday in NHL action at the Bell MTS Place.

The Winnipeg Jets look for another win to build on their three-game winning streak. The Winnipeg Jets are averaging 3.3 goals per game and are scoring on 10 percent of their power play opportunities. Kyle Connor leads Winnipeg with three goals, Neal Pionk has three assists and Mark Scheifele has 15 shots on goal. Defensively, the Winnipeg Jets are allowing 2.5 goals per game and are killing 66.7 percent of their opponents power plays. Connor Hellebuyck has given up six goals on 92 shots faced and Laurent Brossoit has given up three goals on 41 shots.

The Edmonton Oilers are better than what they've shown up to this point, but at some point they have to prove it before I put any real money on them. The Winnipeg Jets are on the end of a back to back, but they're one of the hotter teams in the league out of the gate and have been highly impressive offensively. The Jets have also won seven of the last nine meetings against the Oilers. I'm not trying to step in front of the Jets right now and you probably shouldn't either. 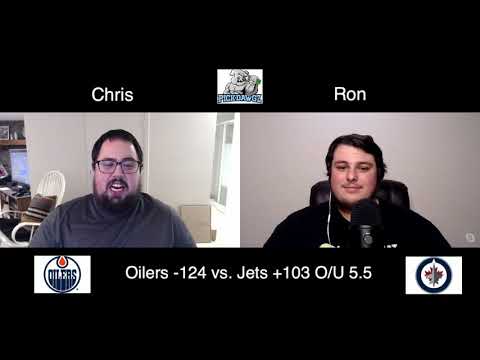