Where to Watch: NBC, TVAS Stream live sports and exclusive originals on ESPN+. Sign up now!

The Detroit Red Wings and the Chicago Blackhawks meet in NHL action from the United Center on Sunday afternoon.

The Detroit Red Wings will look to rebound after a 4-1 loss to the Blackhawks last time out. Dylan Larkin leads the Wings in scoring with 5 points coming on 3 goals and 2 assists while Bobby Ryan leads Detroit with 4 goals for his 4 points. Anthony Mantha and Tyler Bertuzzi have each recorded a goal and 2 assists for their 3 points respectively this season. Thomas Greiss has started 3 games for Detroit, going 0-3 with a 2.74 GAA with 8 goals allowed on 98 shots against while Jonathan Bernier has a 2-0 record with a 2.00 GAA and 4 goals allowed on 55 shots against.

I get why Chicago could be favored at home after grabbing their first win of the season and maybe building some confidence for another W here. However, I’m still not at a point where I want to lay juice with Chicago in any circumstance as this Blackhawks team is just not good, especially in goal. Detroit isn’t a world beater by any means, but the Red Wings have improved within the lineup and the goaltending has been better and there are proven goaltenders in the crease for the Red Wings. I’ll take a shot with Detroit and the plus money here. 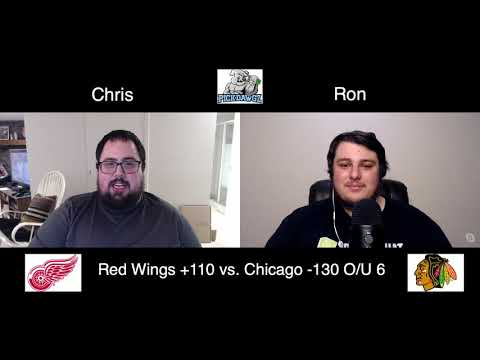