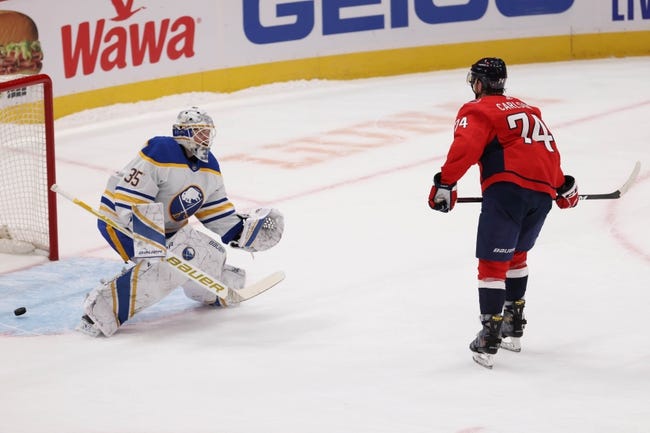 Where to Watch: MSGB, NSWA Stream live sports and exclusive originals on ESPN+. Sign up now!

The Buffalo Sabres and Washington Capitals meet Sunday in NHL action at the Capital One Arena.

The Buffalo Sabres look for a win to rebound from a 1-3-1 record. The Buffalo Sabres are averaging 2.8 goals per game and are scoring on 20 percent of their power play opportunities. Victor Olofsson leads Buffalo with two goals, Jack Eichel has six assists and Jeff Skinner has 15 shots on goal. Defensively, the Buffalo Sabres are allowing three goals per game and are killing 80 percent of their opponents power plays. Carter Hutton has given up seven goals on 69 shots faced and Linus Ullmark has given up five goals on 53 shots.

The Buffalo Sabres are better than what they've shown through five games and the roster is much improved, but at some point we have to see it. The Sabres haven't looked good up to this point and I'm starting to get flashbacks from past years. The Washington Capitals are still the Capitals, and that's a team that's in every game, usually dominates at home and has treated Buffalo like a punching bag over the years. Not sure why the Caps are underdogs here, but I'll take it without asking questions. 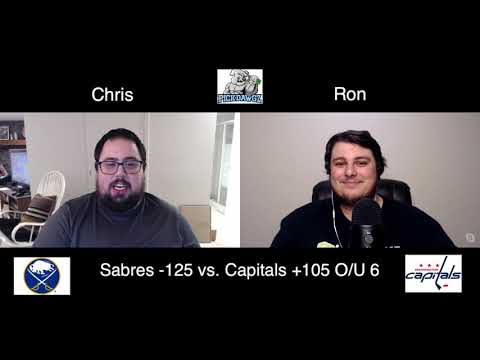