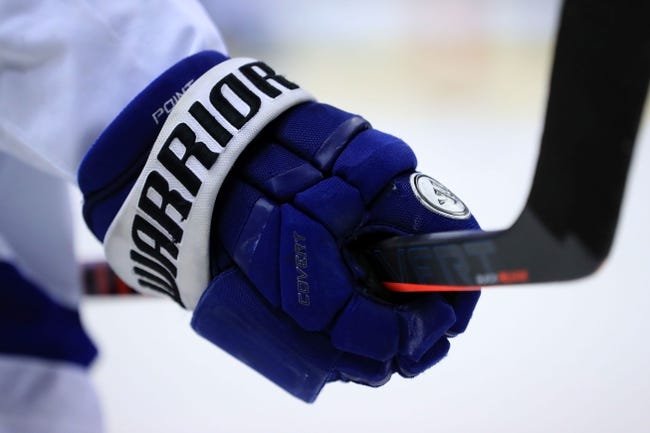 Where to Watch: SunSports, FS-Ohio Stream live sports and exclusive originals on ESPN+. Sign up now!

The Tampa Bay Lightning and the Columbus Blue Jackets meet in NHL action from Nationwide Arena on Saturday afternoon.

The Tampa Bay Lightning will look to build off of a 3-2 OT win over Columbus last time out to improve to 3-0 on the year. Steven Stamkos leads the Lightning in scoring with 2 goals and 4 assists for his team-high 6 points while Anthony Cirelli and Brayden Point each have 4 points with Cirelli logging a goal and 3 assists while Point has two goals and two helpers this season. Five more Lightning players have 3 points with Blake Coleman and Ondrej Palat each having two goals and an assists while Yanni Gourde and Alex Killorn each had a goal and two helpers and Victor Hedman has 3 assists for Tampa Bay this year. Andrei Vasilevskiy has seen all of the work for Tampa Bay in goal, going 3-0 with 5 goals allowed on 85 shots for a 1.65 GAA this season.

The Columbus Blue Jackets will look to bounce back after their loss to Tampa Bay in OT last time out. Oliver Bjorkstrand leads the Jackets in scoring with 5 points coming on two goals and 3 assists while Alex Texier has 4 points with a team-high 3 goals and Michael Del Zotto and Boone Jenner each have 3 points with Del Zotto logging 3 assists while Jenner has a pair of goals and an assist for Columbus this season. The tandem of Joonas Korpisalo and Elvis Merzlikins continue to split goalie duties with Korpisalo logging the Blue Jackets’ lone W of the season so far, allowing 7 goals on 108 shots with a 2.34 GAA while Merzlikins has a 4.01 GAA with 8 goals allowed on 70 shots against.

I think you could potentially make a case for both sides as Tampa bay is always going to be favored in these spots, but it just takes one bounce to kind of turn the game on it’s head. However, with that said, these two teams love playing close games with one another, as the last two meetings have needed OT and the last four and six of the last seven meetings have been decided by one goal. I think there’s some value to be had with Columbus plus the goal to start as this could be another one-goal game.