The Ottawa Senators could use a win here to snap a three-game losing streak. The Ottawa Senators are averaging 2.8 goals per game and are scoring on 16.7 percent of their power play opportunities. Chris Tierney leads Ottawa with three goals, Nikita Zaitsev has five assists and Brady Tkachuk has 16 shots on goal. Defensively, the Ottawa Senators are allowing 3.5 goals per game and are killing 81 percent of their opponents power plays. Matt Murray has allowed 14 goals on 117 shots faced and Marcus Hogberg has allowed zero goals on three shots.

The Winnipeg Jets look for another victory to build on their 3-1 record. The Winnipeg Jets are averaging 3.3 goals per game and are scoring on 10 percent of their power play opportunities. Kyle Connor leads Winnipeg with three goals, Neal Pionk has three assists and Mark Scheifele has 15 shots on goal. Defensively, the Winnipeg Jets are allowing 2.5 goals per game and are killing 66.7 percent of their opponents power plays. Connor Hellebuyck has given up six goals on 92 shots faced and Laurent Brossoit has given up three goals on 41 shots.

The Ottawa Senators look a lot like the team from last year, and they've lost 41 of their last 52 road games. The Winnipeg Jets are off to a strong start, mainly on the defensive side, and they've beaten the Senators in the last four meetings by a combined score of 18-7. The Jets have scored four or more goals in seven of the last nine meetings against the Senators. I'll gladly lay the rather cheap price with the Jets at home. 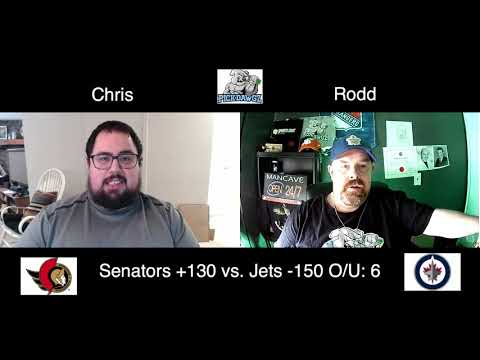