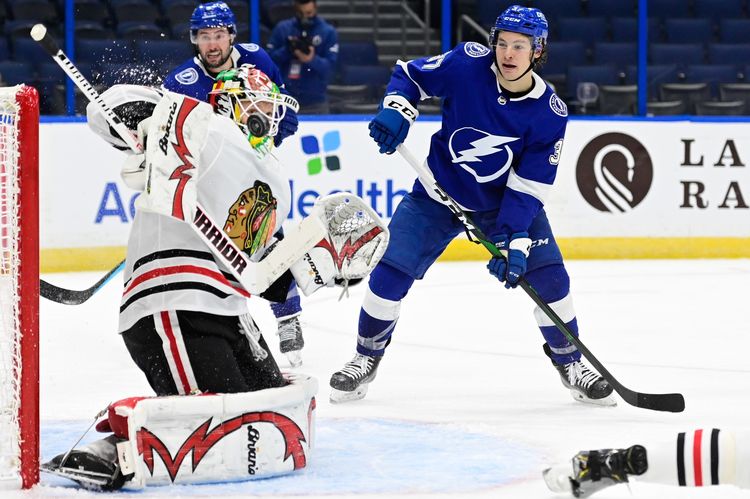 Where to Watch: NBCSN, FS-Ohio Stream live sports and exclusive originals on ESPN+. Sign up now!

The Tampa Bay Lightning and the Columbus Blue Jackets meet in NHL action from Nationwide Arena on Thursday night.

The Tampa Bay Lightning come into this one well rested after having their game against Dallas postponed last time out, but the Bolts do come in at 2-0 after a pair of wins over the Chicago Blackhawks to start their year, outscoring Tampa Bay 10-3 in the two games. Steven Stamkos leads the Bolts in points with 5 points including a team-high 3 assists with a pair of goals, while Anthony Cirelli, Alex Killorn and Brayden Point each have 3 points with a goal and 2 assists. Ondrej Palat joins Stamkos as the only Tampa Bay players to have two goals on the year up to this point. Andrei Vasilevskiy has a 2-0 record with a 1.50 GAA and a .950 save percentage.

The Columbus Blue Jackets will try to bounce back from a 3-2 OT loss to Detroit last time out. The game was scoreless through the opening 20 minutes before Boone Jenner opened the scoring for the Blue Jackets just 1:38 into the 2nd period. Detroit would tie things up at one just 1:59 later and then would take the lead at 2-1 with just under six minutes to go in the 2nd. Alex Texier would tie the game up at two just over five minutes into the 3rd but neither side would be able to find a winning goal over the last 15 minutes of the game, so it was off to overtime where Detroit buried the game-winning goal just :15 into the extra period, leaving the Blue Jackets with just one point to show for their efforts. Elvis Merzlikins got the OT loss, falling to 0-1-1 after giving up all 3 goals on 27 shots faced in the loss.

These two teams don’t like each other, as Columbus beat Tampa in the playoffs two years ago and the Bolts got their revenge last year on the way to hoisting the cup. As far as this one goes, I just think there’s something to Tampa Bay’s hot start while Columbus took the loss against Detroit and it’s just hard to make a case for the Jackets right now. I see this being a close game throughout that’s decided with an empty-netter late. Give me Tampa bay on the puck line to get some extra value out of the wager.