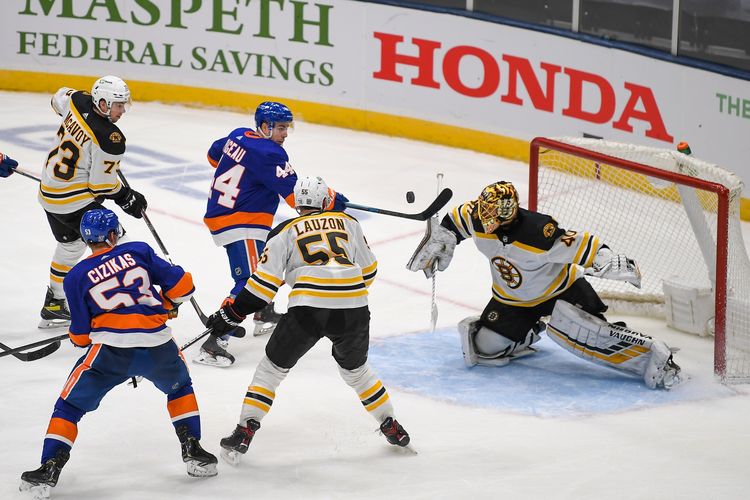 The Philadelphia Flyers and the Boston Bruins meet in NHL action from the TD Garden on Thursday night.

The Philadelphia Flyers will look to build off of a 3-0 win over Buffalo in their last matchup. The game was scoreless after 20 minutes of play and the tie held up for most of the 2nd but Travis Konecny would break the deadlock with just over two minutes to go in the 2nd period. The lead held until Jakub Voracek doubled the lead with just over six minutes to go, and Kevin Hayes iced the win for Philly with just under two minutes to go, securing the win and the points for Philadelphia. Brian Elliott got the win and his first shutout of the season after stopping all 40 shots faced in the winning effort.

The Boston Bruins will look to rebound after falling in back-to-back games following a 1-0 loss to the New York Islanders last time out. The game was scoreless through the opening 20 minutes, a first period that Boston dominated in shots on goal by a count of 11-3 and it remained scoreless through the 2nd intermission. Boston outshot the Isles in the 3rd period as well, but the B’s would concede the game’s lone goal with just over four minutes to go and despite their best efforts, Boston wouldn’t find the tying goal over the last four minutes. Tuukka Rask took the loss after giving up the lone goal on 17 shots faced in the losing effort.

The plus money with the Flyers is tempting given the start they’re on and to be honest I haven’t been the biggest Boston fan to start the year. However, you have to think that Boston’s going to put their foot down somewhere and draw the line in the sand and Boston brings the toughest test to date that the Flyers will have faced. It’s not a game I’m rushing to bet, but I think Boston is the play here laying the juice.