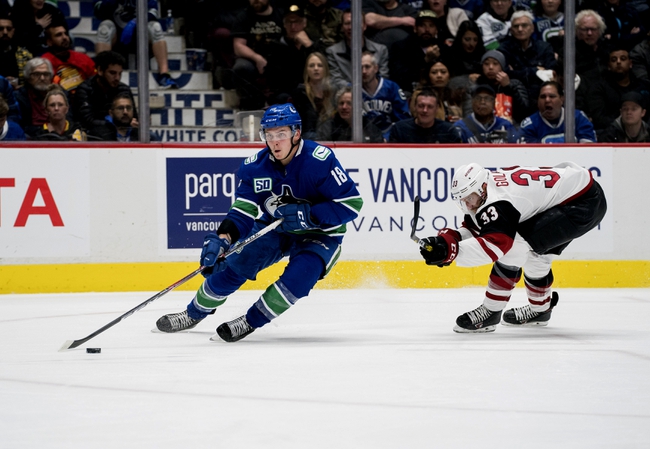 Where to Watch: FSAZ, RSNP Stream live sports and exclusive originals on ESPN+. Sign up now!

The Vancouver Canucks and Arizona Coyotes meet Thursday in NHL action at the Gila River Arena.

The Vancouver Canucks haven't had much success on the road lately and have lost five of the last six meetings against the Coyotes. The Arizona Coyotes have been hit or miss pretty much all year and are a team I'm not thrilled to get behind, but they're in much better form than the Canucks, and they've played decent hockey at home over their last few tries. It's hard not to side with the Arizona Coyotes and the cheap price at home.