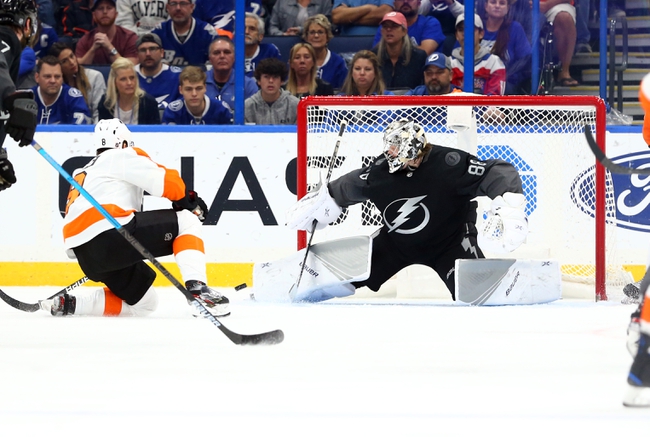 The Philadelphia Flyers and the Tampa Bay Lightning meet in NHL action from the Amalie Arena on Thursday night.

The Philadelphia Flyers will look to rebound after having their nine-game winning streak snapped with a 2-0 loss to Boston last time out. Philly put up 12 shots in each period, outshooting the Bruins 36-29, led by Derek Grant who had 5 shots on goal. Ivan Provorov, Kevin Hayes and Claude Giroux each had 4 shots on target as well in the losing effort. Carter Hart ended up with a rare home loss, falling to 24-13-3 on the year after allowing both goals on 29 shots faced in the losing effort for the Flyers.

I’m trying to burn it into my brain the Lightning are favored mainly because they’re at home, but it’s not working. I get that a loss after a long winning streak can have a hangover to the next game, but we’re getting decent sized plus money with a Philly team that’s still won nine of their last ten against a Tampa Bay team that’s just coasting along and waiting for the playoffs to come. I’ll take a shot with the Flyers and the plus money here.