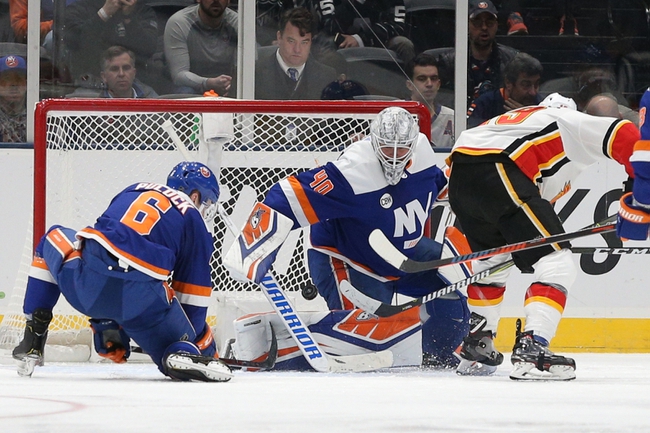 Where to Watch: RSNW, MSG+ Stream live sports and exclusive originals on ESPN+. Sign up now!

The New York Islanders and Calgary Flames meet Thursday in NHL action at the Scotiabank Saddledome.

The Calgary Flames haven't been the most consistent team in the world and haven't had much recent success at home, but the Islanders have earned the right to be automatic fades until further notice. The New York Islanders just can't stop the bleeding, as the losses are piling up and they look like a team that peaked a little bit too soon. I want nothing to do with the Islanders. I'll back the Calgary Flames or pass on this game completely.