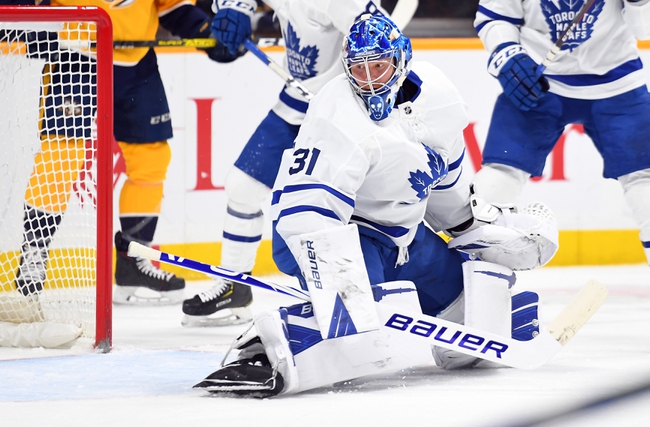 Where to Watch: TSN4, FS-Tennessee Stream live sports and exclusive originals on ESPN+. Sign up now!

The Nashville Predators and the Toronto Maple Leafs meet in NHL action from the Scotiabank Arena on Thursday night.

The Nashville Predators will look to add to their current three-game winning streak after a 4-2 win over Montreal in their last outing. Filip Forsberg led the Predators with two goals and an assists with5. Shots on goal while Calle Jarnkrok and Ryan Johansen each got on the scoreboard as well. Roman Josi had a pair of assists while Viktor Arvidsson has an assist and a team-high 6 assists as well in the victory. Juuse Saros got the win to improve to 17-12-4 on the year after stopping 32 of 34 shots faced in the winning effort.

The Toronto Maple Leafs will try to pick up some steam after a 2-1 win over Tampa Bay in their last outing. Auston Matthews and William Nylander scored for Toronto with Matthews leading the LEafs with 7 shots on goal compared to Nylander’s 4. John Tavares and Mitch Marner each had a pair of assists while Pierre Engvall added 4 shots on goal in the winning effort. Frederik Andersen got the win to improve to 29-13-7 on the year after stopping 32 of 33 shots faced in the winning effort.

This game is huge to both teams as both are in the playoff hunt and have teams coming after them in the standings. However, I really liked what I saw from the Leafs for most of the game against Tampa Bay as Toronto looked like they actually cared for once in the season. Nashville is playing solid hockey in their own right, but I think Toronto gets up for this game, especially at home, so I’ll side with the Maple Leafs on home ice in this one.