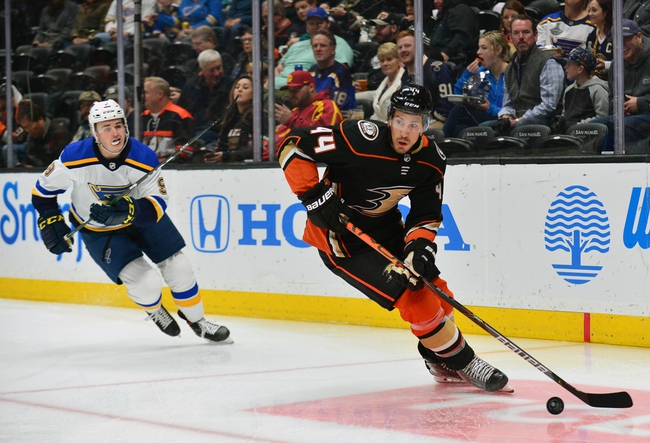 The St. Louis Blues and Anaheim Ducks meet Wednesday in NHL action at the Honda Center.

The St. Louis Blues have won four of the last six meetings against the Ducks and three of those victories were decided by two or more goals. I don't trust the Anaheim Ducks to string wins together, and I certainly don't trust them on the end of back to backs or against some of the better teams in the league. The Blues are starting to find their form at the right time with playoffs right around the corner and thy have a defense to give Anaheim Ducks all kinds of fits. I'll take the Blues and the PL for max value.