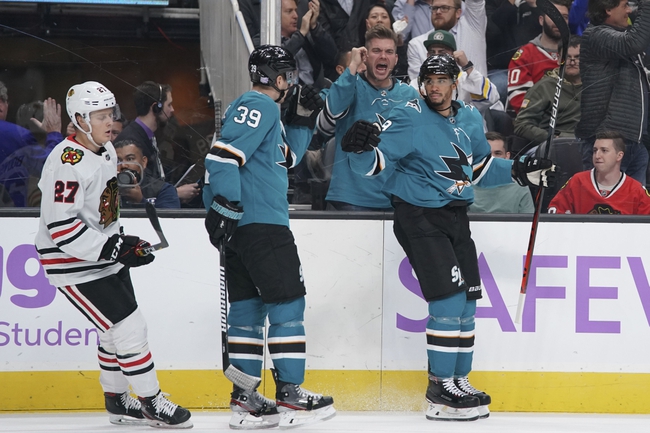 Where to Watch: NBCS, TVA Stream live sports and exclusive originals on ESPN+. Sign up now!

The San Jose Sharks and Chicago Blackhawks meet Wednesday in NHL action at the United Center.

These are two teams that have been tough to figure out, as they show flashes one week and then fall on their face the next. The Chicago Blackhawks have a clear edge at home and have been the more profitable team to the point they'll be in the green if they can win this contest right here. However, the San Jose Sharks have won seven of the last nine meetings against the Blackhawks, and they've been slightly improved defensively over these last couple of weeks. Underdogs have been good to us this year. I'll take a shot in the dark with the Sharks.