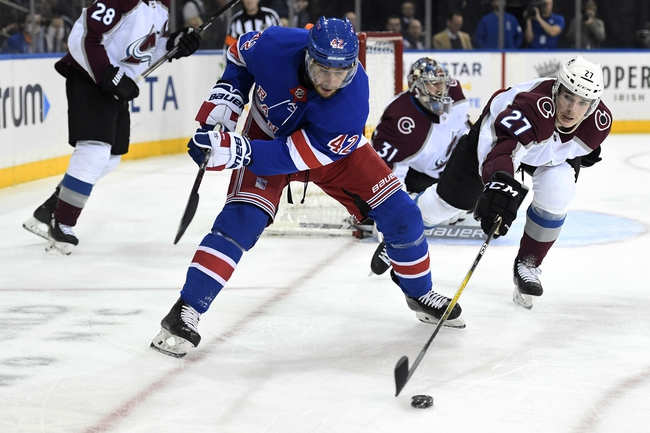 Where to Watch: Alti, MSG+ Stream live sports and exclusive originals on ESPN+. Sign up now!

The New York Rangers and Colorado Avalanche meet Wednesday in NHL action at the Pepsi Center.

The home team has won five of the last six meetings between the Rangers and Avalanche, and the Rangers are a team that's cooled off quite a bit since that impressive run where we were cashing on them left and right in the underdog role. The Colorado Avalanche are due for a bounce back victory after a rough week, and they should like their chances at home with the rest advantage as well. I look for the Colorado Avalanche to get a much needed victory to kind of stop the bleeding.