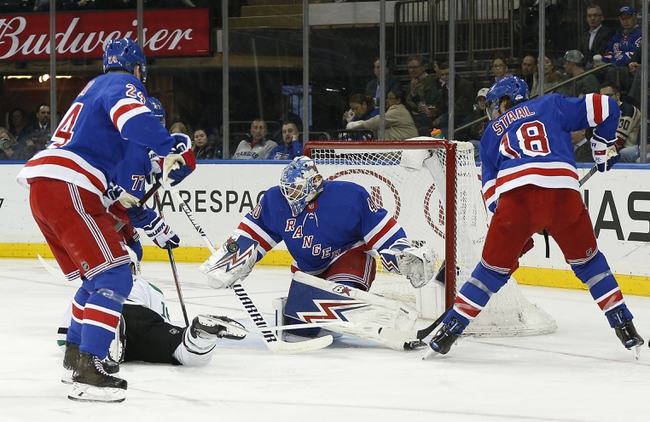 Where to Watch: FSSW, MSG2 Stream live sports and exclusive originals on ESPN+. Sign up now!

The New York Rangers went from cashing out nice prices in the underdog role to losing four of their last five games and handing over some of that money. Now is probably a good time to start fading the Rangers, especially on the road, but the Dallas Stars aren't playing great hockey right now in their own right. The Stars have lost five straight games and that defense isn't as trustworthy as we're used to seeing. The New York Rangers are also still the most profitable team in the sport, so even with these recent struggles, there's good reason to still consider throwing them on your card.