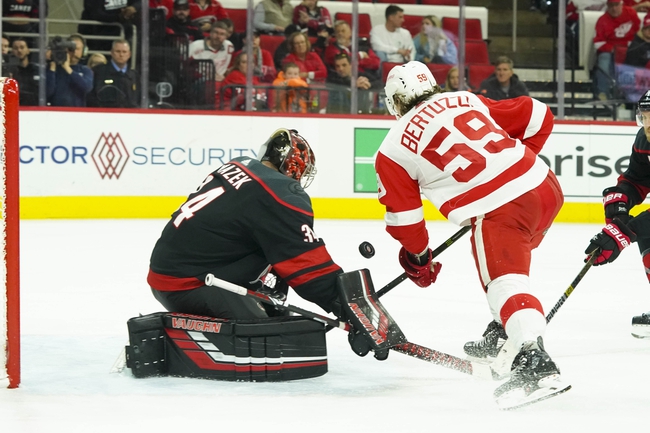 Where to Watch: FSCR, FSDT Stream live sports and exclusive originals on ESPN+. Sign up now!

The Carolina Hurricanes have a hard time stringing wins together and aren't playing particularly well overall, but anything beats what the Red Wings have going on. The Detroit Red Wings are a team we've faded all season long and they remain easily the worst team in the spot to back. Even with a couple of wins over Chicago and Tampa Bay, the Red Wings have still lost more money than any other team in the league this season. Give me the Hurricanes and the PL to trim down the expensive ML price.