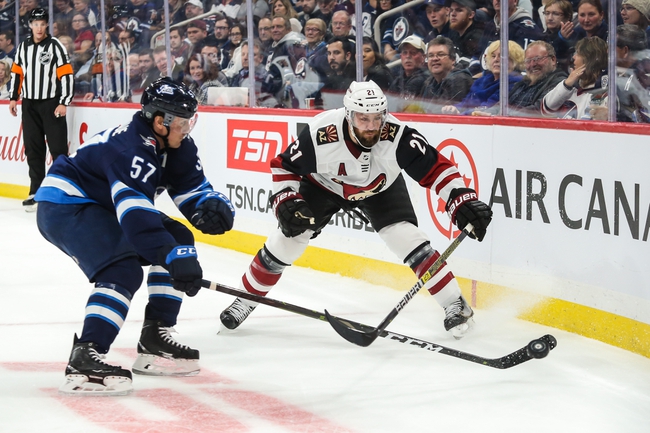 Where to Watch: FSAZ, TSN3 Stream live sports and exclusive originals on ESPN+. Sign up now!

The Arizona Coyotes and Winnipeg Jets meet Monday in NHL action at the Bell MTS Place.

The Arizona Coyotes are a team I've pretty much given up on this season, and that's even more of the case with them in the underdog role and on the road, two things where they have issues getting wins. The Winnipeg Jets are coming off a highly productive week and have won five straight games at home. The home team has also won six of the last nine meetings between the Coyotes and Jets. I'll lay the cheap price with the Jets on their home ice.