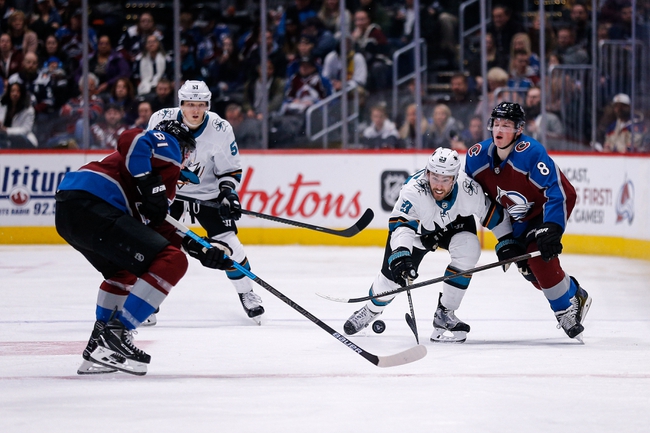 The Colorado Avalanche and San Jose Sharks meet Sunday in NHL action at the SAP Center.

These teams are heading in opposite directions as we head down the home stretch and the trends heavily favor the road team. The Colorado Avalanche are not only playing some of their best hockey of the season, but they've done some of their best work on the road and have feasted in the favorite role. The San Jose Sharks don't handle back to backs well and confidence can't be all that high after losing to Ottawa last night. I'll side with the Colorado Avalanche and the reasonable price.

Get Premium Picks Start Winning Now »
The pick in this article is the opinion of the writer, not a PickDawgz site consensus.
Previous Pick
Anaheim Ducks vs. Minnesota Wild - 3/8/20 NHL Pick, Odds, and Prediction
Next Pick
NHL Power Rankings - All 31 Teams: 3/9/20