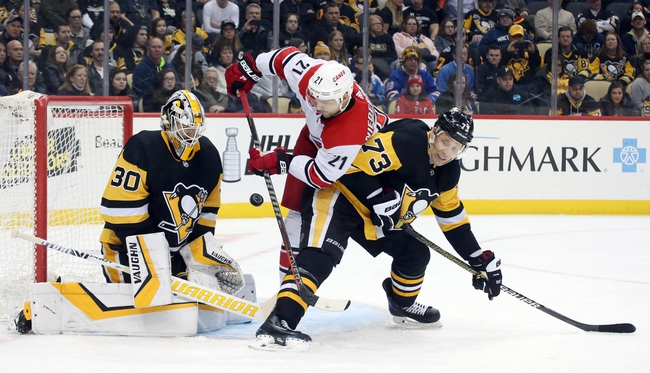 Where to Watch: FSCR, ATTP Stream live sports and exclusive originals on ESPN+. Sign up now!

The Carolina Hurricanes and Pittsburgh Penguins meet Sunday in NHL action at the PPG Paints Arena.

We've been fading the Carolina Hurricanes a lot since the trade deadline, but they've played some of their best hockey this season on the end of back to backs, and they're getting a sweet price going up against a Penguins team that just doesn't have it at the moment. The Pittsburgh Penguins are going to snap out of this funk eventually, but that doesn't mean I'm going to lay heavy juice every time until they do. Until the Penguins get their act together, I'll continue to fade them while cashing some big underdogs.