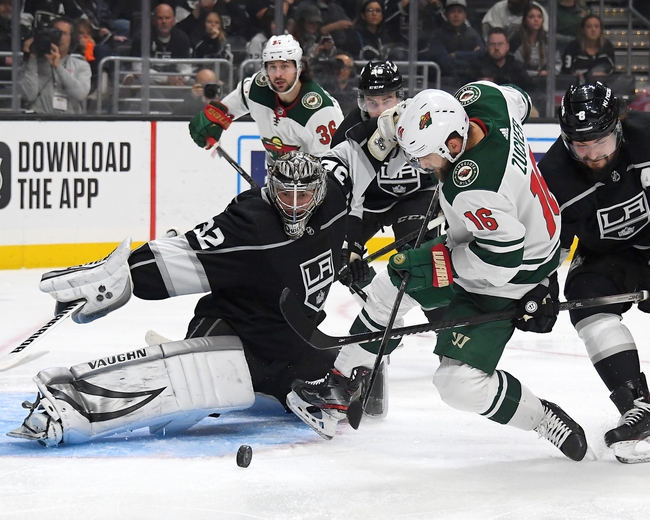 Where to Watch: FS-North, FS-West Stream live sports and exclusive originals on ESPN+. Sign up now!

The Minnesota Wild and the Los Angeles Kings meet in NHL action from the Staples Center on Saturday afternoon.

The Los Angeles Kings will look to add to their four-game winning streak after picking up a 1-0 shootout win over Toronto in their last outing. Los Angeles would outshoot Toronto 11-5 in the first period before being outshot 25-12 across the final 40 minutes of play with Adrian Kempe leading the Kings with 6 shots on goal while Sean Walker has 4 shots on target and a trio of Kings also had 3 shots on target for Los Angeles in the winning effort. Kempe wouldn’t score in regulation but he did find the shootout winner for the Kings in round 4 of the shootout. Jonathan Quick got the win to improve to 15-22-4 after stopping all 36 shots faced in regulation and OT for his 1st shutout of the season.

I get the Wild be favored as Minnesota’s really the only team within sniffing distance of a playoff spot, but Minnesota’s also had issues taking their game to the west coast as they’ve lost 4 of their last 5 trips to the Staples Center. I think the bottom line is, strictly froma. Value standpoint, we’re getting plus money with a Kings team that’s won 4 straight and 7 of their last 10 games and has played their best hockey at home all season long. I’ll take a shot with Los Angeles and the plus money here.