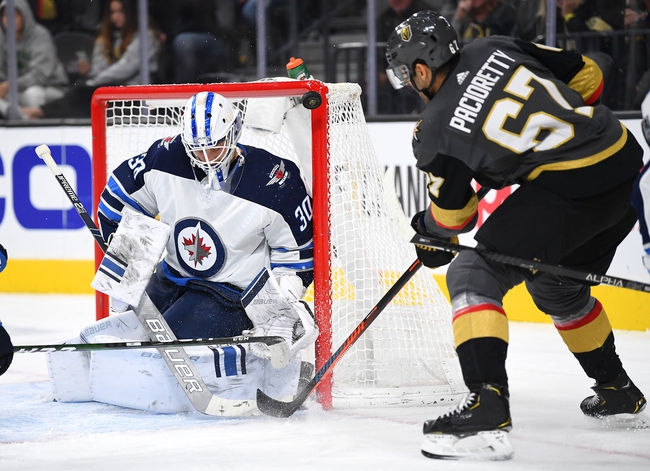 Where to Watch: TSN3, ATT-RM Stream live sports and exclusive originals on ESPN+. Sign up now!

The Vegas Golden Knights and the Winnipeg Jets meet in NHL action from the Bell MTS Place on Friday night.

The Vegas Golden Knights will look to build on a 3-0 win over the New Jersey Devils in their last outing. The game was scoreless through the opening 20 minutes of play before Max Pacioretty broke the deadlock for Vegas just :45 into the 2nd period. William Karlsson doubled the lead just :37 into the 3rd period and Ryan Reaves pushed the lead to 3-0 just before the nine-minute mark of the final period. New Jersey would try to respond but Vegas would turn away all of the Devils’ attempts, holding on for the win. Robin Lehner got the win to improve to 18-10-5 on the year, stopping all 27 shots faced in the winning effort for his 1st shutout of the season.

The Winnipeg Jets will look to build on a 3-1 win over the Buffalo Sabres in their last outing. Kyle Connor opened the scoring for Winnipeg with just over six minutes to go in the opening period before Tucker Poolman doubled the lead just 2:06 later with a short-handed marker. Connor would add his 2nd goal of the game to push the lead to 3-0 just under four minutes into the 2nd, but Buffalo would respond and cut the lead to 3-1 just after the midway point of the 2nd. The problem for Buffalo is that their road struggles would continue that they wouldn’t get closer as the ‘Peg held on for the W the rest of the way. Connor Hellebuyck got the win to improve to 28-21-5 on the year after stopping 25 of 26 shots faced in the winning performance.

I’m tempted by Winnipeg and the plus money at home, but the Jets just haven’t been the same dominant home team that we’ve become accustomed to seeing in past years, and Vegas is just as hot as anyone in the league right now coming into this one winning 9 of their last 10 games. The Golden Knights are just another one of those teams that I’m trying not to step in front of right now, so I’ll lay the juice with the Golden Knights on the road here.