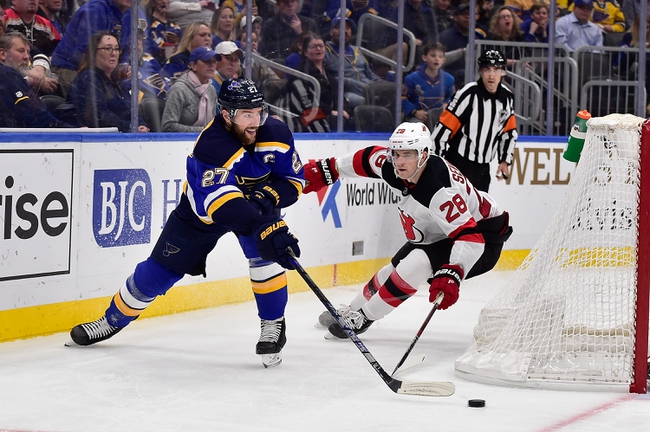 The Chicago Blackhawks and the Detroit Red Wings meet in NHL action from Little Caesars Arena on Friday night.

The Chicago Blackhawks will try to add to their current four-game winning streak after a 4-3 win over Edmonton last time out. Patrick Kane opened the scoring for Chicago with the lone goal of the opening period with about five minutes to go in the frame before Jonathan Toews doubled the lead in the firs tminute of the 2ndperiod. Alex DeBrincat pushed the lead to 3-0 just before the five minute mark of the 2nd period before Edmonton finally got on the board one minute later. DeBrincat restored the three-goal lead with just under seven minutes to go in the period. Edmonton made things interesting, cutting the deficit to 4-3 with a pair of goals :49 apart just before the midway point of the 3rd period, but that’s as close as the Oilers would get as Chicago slammed the door shut the rest of the way. Corey Crawford got the win to improve to 15-18-3 on the year after stopping 21 of 24 shots faced in the winning effort.

The Detroit Red Wings will be out to snap a six-game losing streak after a 2-1 loss to Colorado last time out. Anthony Mantha opened the scoring for the Wings just before the six-minute mark of the opening period, but the Avs would tie the game at one with just over seven minutes to go in the 1st. Colorado would take the lead with just over five minutes to go in the 2nd period, and despite Detroit’s best efforts, the Red Wings would be unable to find an equalizing goal the rest of the way as the Red Wings spiralled to a 6th straight defeat. Jonathan Bernier took the loss, falling to 13-21-3 on the year after allowing both goals on 27 shots faced in the losing effort.

I’ll be the first one to say that I’ve been more up and down than a rollercoaster when it comes to the Blackhawks this season, but Chicago still has an outside chance at the playoffs and needs to take advantage of soft schedule spots like these when they come up. Detroit’s just a lost cause and all things considered, this is a pretty good price even with Chicago on the back-to-back. I’ll lay the juice with the Blackhawks on the road here.