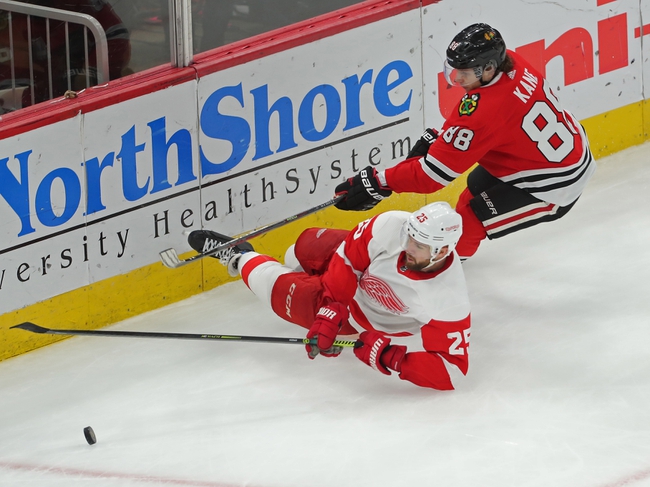 Where to Watch: NSCH, FSDT Stream live sports and exclusive originals on ESPN+. Sign up now!

The Chicago Blackhawks are on the end of a back to back and aren't a team I'm running to the window to bet on in these spots, but they're playing decent hockey over the last week and almost anything beats backing the Red Wings. The Detroit Red Wings have not only lost six straight games, but they're head and shoulders the worst team in the sport to bet on. Nobody has lost more money this season than the Red Wings. The Chicago Blackhawks have also won seven of the last nine meetings against the Red Wings. Only one way to go here.