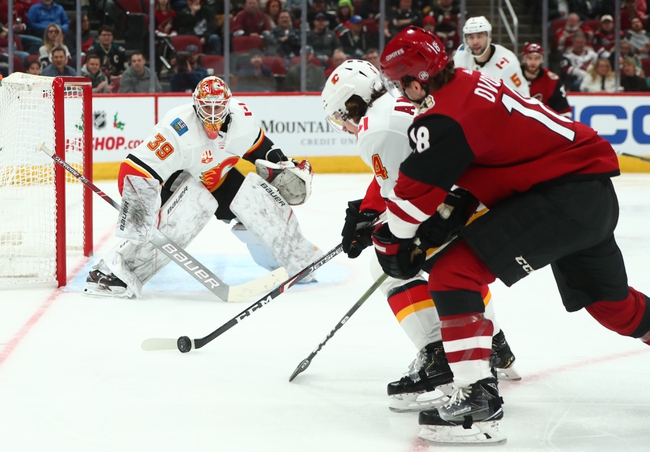 Where to Watch: FSAZ+, RSNW Stream live sports and exclusive originals on ESPN+. Sign up now!

The Arizona Coyotes and Calgary Flames meet Friday in NHL action at the Scotiabank Saddledome.

I gave up on the Arizona Coyotes a while ago, and there's no reason to get behind them here on the road where most of their struggles take place. The Calgary Flames have put together some nice victories over the last week or so, and one would think it's only a matter of time before some of that success carries over to their home ice. For the cheap price, I'll side with the Flames, the team that's in much better form at the moment.