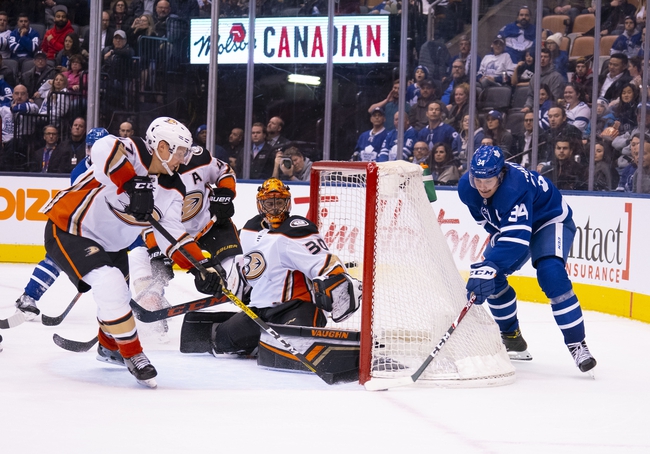 Where to Watch: PRIT, TSN4 Stream live sports and exclusive originals on ESPN+. Sign up now!

The Toronto Maple Leafs and Anaheim Ducks meet Friday in NHL action at the Honda Center.

I've faded the Anaheim Ducks a lot this season, but this is probably a good spot to take a shot with them and the plus money at home. The Toronto Maple Leafs are on the end of a back to back and have had little to not success in these spots all season long. The Toronto Maple Leafs are also coming off a game that went into a shootout, so we could see some tired legs here. There's also the defensive issues of Toronto that scares the hell out of me. The Anaheim Ducks haven't had much success against the Maple Leafs over the years, but I'll chase the plus money anyway.