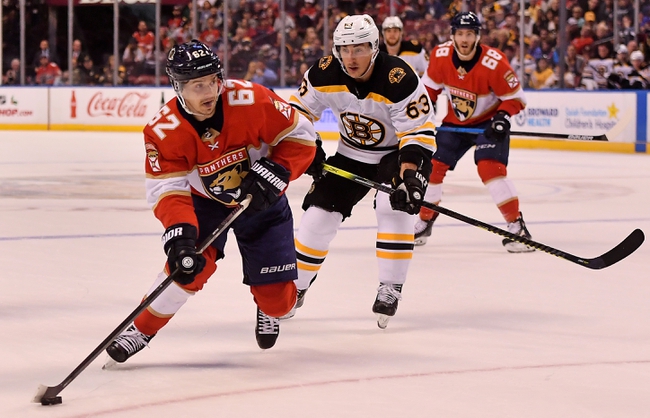 Where to Watch: NESN, FSFL Stream live sports and exclusive originals on ESPN+. Sign up now!

The Boston Bruins and Florida Panthers meet Thursday in NHL action at the BB&T Center.

The Florida Panthers look like a team that's accepted this is another lost season with failed expectations, and I don't expect the play to improve from here on out. The Panthers are playing with zero energy at the moment. The Boston Bruins remain one of the more consistent teams in the league and have a defense that allows little to nothing most nights. I want nothing to do with the Florida Panthers. Give me the Bruins and the PL for maximum value.