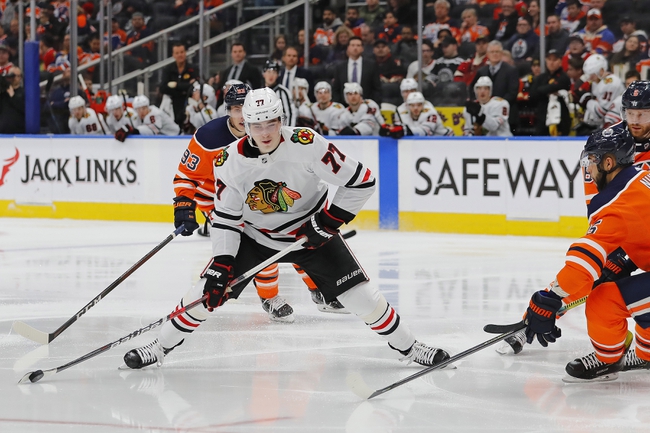 Where to Watch: NSCH, RSNW Stream live sports and exclusive originals on ESPN+. Sign up now!

The Edmonton Oilers and Chicago Blackhawks meet Thursday in NHL action at the United Center.

The Edmonton Oilers have played some of their best recent hockey on the road, and they've been kind to us in the underdog role as well. The Chicago Blackhawks look like a team that's limping toward the finish line, and they've lost three of the last five meetings against the Oilers, including a 5-3 loss less than a month ago. The Oilers have the offense to expose the Blackhawks again, and they should like their chances with a healthier roster. Give me the plus money and an explosive offense.