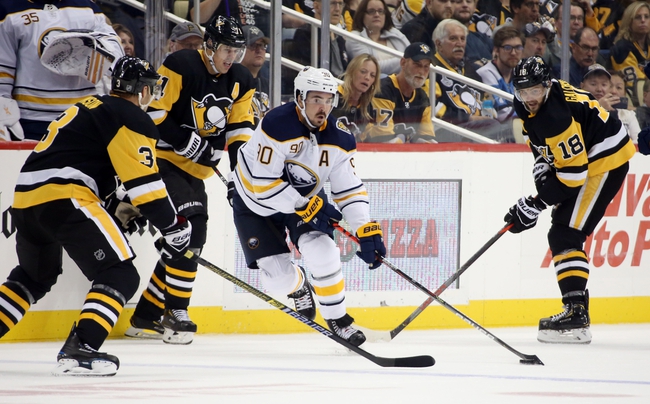 Where to Watch: MSGB, ATTP Stream live sports and exclusive originals on ESPN+. Sign up now!

The Pittsburgh Penguins and Buffalo Sabres meet Thursday in NHL action at the KeyBank Center.

We have two teams that haven't had the best week, so this is a spot where I'll gladly lean toward the home dog. It just so happens the Buffalo Sabres have had their best success at home and have won four of the last five meetings against the Penguins, which includes a 5-2 victory just last week. The Pittsburgh Penguins aren't playing good enough hockey lately to be laying these sort of numbers on the road, especially against a team that's had recent success against them. The Sabres have burned me a lot when chasing these prices, but I'll side with it anyway.